The Gift of the Chilean Miners

Last night I joined millions of people all over the world as we watched the first Chilean miners emerge from their two-month ordeal deep in the earth into the arms of loved ones. Mario Sepulveda the second miner danced, hugged family and officials, and offered gifts of rocks from the mine. “I’ve been near God,” he said through a translator, “but I’ve also been near the devil. God won.” 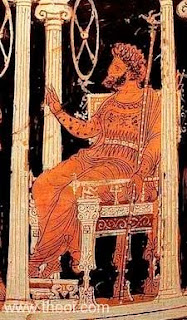 I’m always curious about what captures the collective imagination—and this clearly has been one of those riveting events. I am intrigued by the archetypal themes that are being played out in this drama. In Greek mythology the Greek god Hades was lord of the underworld, of death (and rebirth). It was believed that he takes us deep into the territory of the soul—it is in his realm that soul work is done. He was also the god of hidden wealth—within the Earth, within ourselves.
For seventy days, these 33 miners lived in the dark underworld of Hades, on the edge of death, not knowing if they would ever be rescued. Separated from their communities, their families, their homes, they had to dive deep within their own psyches to find the strength to survive.
As a therapist and author specializing in grief, I’ve been struck with similarities between what these miners went through physically and what those who are grieving experience emotionally. Grieving clients often share that they feel trapped in a darkened underworld. They feel isolated from normal society. They agonize over their loss without any sense of an end in sight. Indeed those who are grieving go through a long descent stage, that I often liken to wandering in tunnels deep in the Earth—it is my job as a guide to encourage them to reach deep inside themselves to find the resources that will enable them to go on through the loneliness and depression, to face not only the chaos and uncertainty, but also their mortality. Then one day the dark passage opens, revealing a new landscape. We emerge into a new life, seeing with new eyes. We emerge from the dark passage of grief into the stream of events and the music of life, eager to live more fully, embracing all the seasons of our lives.
Last night these miners began their journey back into the world. With so many of us riveted to our computers and television sets, we watched as each miner left the womb of the mine deep in the earth and traveled in a capsule appropriately called the Phoenix through a birth canal made of rock—emerging like a newborn into the Camp of Hope. There were long shots of the hole from which the miners would emerge one at a time—so much like a birth! Even the President of Chile was heard telling one of the just emerged miners that a new life was about to start.
These men are changed, even transformed, from their underworld journey. They can never go back to who they were. I will be fascinated with what they have to share with us. Soon the world will be offering these national heroes opportunities, money, movie and book offers beyond their wildest dreams. Hades is also the god of riches. If you are willing to meet Hades in his underworld, he can bestow riches upon you.
In their return, these 33 miners bring messages to us all from Earth’s depths—at a time of deep despair in the collective, they have emerged from dark depths to cheers, hugs and celebrations all over the world. Perhaps over their long stay, the Earth has seeded in them some new vision that will help us in our collective transformation. They bring hope, a renewed appreciation of what it is to live, of life’s simple moments. Think of what it is to come to the surface of this Earth after being trapped for months in darkness. How wondrous it must be to see a blade of grass, to feel the sun on your skin, to hear the song of a bird, to hold a loved one in your arms. The 12th miner said shortly after emerging from the capsule: “Thank God we’re alive. I know now why we’re alive.” Each one of us needs to be reminded how precious this life is, how precious this Earth is—this is the gift that the Chilean miners give us in their ordeal and return.
Posted by Alexandra at 3:11 PM 6 comments:

Our Spiritual Home on Earth

Last Sunday (the day of the solar eclipse), a group of 13 women gathered in one of their homes. We meditated and then I shared the story of writing my spiritual memoir How Did I Miss All This Before: Celebrating the Magic of Our Ordinary Lives and read some passages from the book. I started writing as a challenge—could I ever put into words the 1977 event that gave me a glimpse of my true home, turned my world upside down, and set me on the spiritual path? I continued to work on my manuscript over the next ten years, integrating into my story the challenges, epiphanies, insights, frustrations and breakthroughs that occurred as life flowed on. While I wanted to disappear upward into the light, the Divine Feminine was quietly pulling me down into my body, relationships, and every day life. She drew me to powerful places on Earth where stones, craters, mountains, trees, volcanoes and water are saturated with silence, where spiritual concepts dissolve and we can open to the truth of who we are. The Earth has so much to teach us! 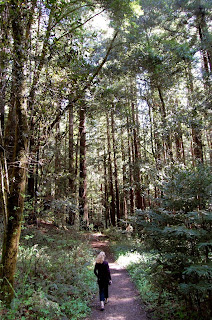 As we explored what Earth teaches us in terms of trusting the flow of life, being present and resting in silent being, I asked two questions from the Reflections section at the back of my book: Are you aware of places that feel like a spiritual home for you? Are there places on this earth where you feel more fully alive?

Each woman then spoke of places where they feel attuned with all of life, relaxed, alive, places that feel like a spiritual home. They shared stories that were tender and passionate; many cried as they spoke, showing how deeply these places still touch them in their hearts. Their spiritual homes ranged from their own back yards to the land of their childhoods to mountain ranges and deserts to places in nature where healings had occurred. One woman was riveted in awe as she drove around a corner in the road—before her rose a stunning mountain range, the vision of which changed her life. Aligned with something deeply sacred (coming from both within and without), she felt alive, whole, connected to all life. She has returned to this place many times --and every time she rounds that corner she experiences the same soul-invoking response.

Flowing from such a deep place of connection to the Earth, our sharing inspired us all. I would guess that each one of us has a spiritual home on Earth, although not all of us have discovered it yet. When we do, we know it because of a feeling of being at one with all life there. It is a place that hold and nurtures us and regenerates our spirit. It is a place where we feel utterly alive.

So I ask you: Are you aware of places that feel like a spiritual home? Are there places on this Earth where you feel more fully alive?

How Opportunities for Healing Show Up In Our Daily Lives

At a luncheon party a week ago I sat next to a professional man in his 50s. As we introduced ourselves, our conversation touched upon his profession as an insurance agent and mine as a psychotherapist specializing in grief. I was intrigued that he showed interest in my work, as most of the time this is a conversation stopper in a social situation. At some point as more people joined into our conversation, the subject somehow came around to siblings. It turned out that both he and the woman across the table had 4 siblings—“but now there are 3 of us”, he said softly. The woman looked into his eyes: “I couldn’t imagine losing one of my siblings. How is that for you?” The man’s eyes filled with tears and he quickly turned his back to us, to talk to people at the next table. We could see him dabbing at his eyes; his grief was that close to the surface. “It’s a fresh as it was when it happened,” his wife told us, “And that was 15 years ago.”

As I sat watching this all happen, I was struck with how the two of us had been seated next to one another, that he was sitting next a woman specializing in grief when he was suffering still from a loss that happened 15 years before. I had even shared some stories as we talked about the effects of unresolved grief, not knowing then about his situation. This exquisite universe was offering him an opportunity for healing—if he would just turn toward it. At that moment, he chose to turn away. Our ordinary daily lives are filled with these healing opportunities—interactions with people, music, books, movies, life situations that expose old wounds and offer us avenues for healing. Dreams often point directly to healing that needs to happen in the psyche. Most of the time we don’t even see these opportunities—and yet the universe keeps trying.

I’ve heard that in nature many times poisonous plants have the very plants growing nearby that will help heal the symptoms caused by the poison. For example, burdock is often found growing near poison oak—crushed burdock leaves help alleviate the pain and swelling of poison oak. Likewise, we just might find someone sitting next to us who somehow can help us on our healing journey—even at a luncheon party when we least expect it. When is the last time the opportunity for healing showed up in your daily life? Did you turn toward it or away from it? What would happen if you turned toward it now?