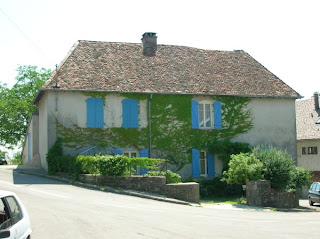 Become the sky.
Take an axe to the prison wall.
Escape.
Walk like someone suddenly born into color.
Do it now.   Rumi

September 25 2008 I received a letter from Pelican Bay Penitentiary, the first of many letters in a correspondence that would reveal what life is like inside a solitary prison cell but more importantly how a deep healing is possible in that barren, hostile environment. An inmate named Paulo had found and read one of my books on grief, The Infinite Thread, in the prison library. He was desperately reaching out for some support after hearing of his 19-year-old nephew’s accidental death. This death was devastating to his large Samoan family (Paulo could trace his family back 9 generations); he felt overwhelmed with his own grief but also was at a loss in supporting his family. He worried about his sister and her young son. His only means of communication were handwritten letters—with an occasional phone call. No counseling was offered; he had no one to talk to. He was left alone with his grief and became lethargic, depressed and anxious. By the time we had exchanged a couple of rounds of letters, he received news that his wife had died—a guard delivered the news; he was not allowed even a phone call to his daughter.
I learned that Paulo had been incarcerated at that time for 15 years, with the past 3 years in solitary. Since I wanted to relate to him first of all as a human being who was grieving, I did not ask what his offense had been, even though he offered to answer any questions I might have. He was housed in the SHU Security Housing Unit, a prison within a prison where inmates live 23 hours a day in concrete soundproof 8X12 ft cells with no windows, metal doors (with dime sized holes) that opened and closed electronically, fluorescent lights often left on day and night. Once a day (though not every day) prisoners leave their cells to exercise alone for one hour in a “recreation” yard that has high concrete walls. Paulo has not felt the sun on his body or seen a tree in years. He is not allowed phone calls, correspondence courses, music, human touch, more than one care package a year.
Intent on healing his grief, he asked for my guidance. Even though it seemed at first unimaginable that someone living in these conditions could effectively grieve, I suggested he create a sanctuary in his cell, a place where he could focus for 10-20 minutes each day on each deceased family member, one at a time. He would begin his sanctuary time by just sitting with whatever was surfacing in his body, feelings, thoughts—not trying to change anything, simply opening to what is in that moment. After ten to twenty minutes had passed, he was to get up, shift his attention away from the grief. What was important was to create a contained, special place for his grieving, drop deeply into it for a specified time, then let it go. This way the psyche would not get overwhelmed and begin to shut down. Once this foundation was established, I offered other exercises to work with and heal whatever was unresolved.
Setting up an altar, with pictures of his nephew and wife, Paulo dove into his grief with a dedication and intensity that amazed me. As my clients know, this takes tremendous courage. He embraced the pain, regrets, sadness, and anger. He talked to his deceased loved ones, wrote them letters, did guided imagery exercises for nurturing the ongoing inner relationship with his nephew and wife. By now, he had also uncovered his deep grief over the death of his grandparents who had raised him and who had died a few years before he went into prison. Paulo realized that his unresolved grief over this huge loss had been instrumental in his getting into trouble with the law and being sent to prison. As he peeled away layers of the pain that had encrusted his heart, he realized where he needed to forgive himself—that is always deep, challenging work but he did not shirk from it.
His letters to me grew longer, more thoughtful, probing and insightful. He was recovering the self he had lost along the way, accessing the caring, compassion and curiosity that had always been there, hidden underneath all the pain. Whatever he learned for himself, he was eager to share with his mother, daughter and sister. Genuinely concerned for their well-being, he asked me how he could best support them. He read voraciously the poems and articles about grief I sent. One of these was John O’Donohue’s poem “For A Prisoner”. This poem so deeply resonated with him that he shared it with the other prisoners in his pod, shouting it out line by line to the inmate in the cell next to him, who wrote it down and then read it to the next inmate and so on through the entire pod.

Caged in a cold, functional cell,
Far from the comfort of home
With none of your own things,
In a place that is gray and grim,
Where sounds are seldom gentle,
Amidst the shuffle of dumbed feet,
The crossword of lost voices,
The one constant note
Is the dead, trap-shut sound
Of unrelenting doors that
Make walls absolute.

Though you have lost the outside world,
May your discover the untold journey
That await you in the inner world.

May you come to recognize
That though your body is imprisoned,
No one can imprison your mind.
May all the time you have on your hands
Bring you into new friendship with your mind
So that you learn to understand and integrate
The darkness that brought you here.

Within this limited space,
May you learn to harness
The stretch of time.
May your compassion awaken.
May you learn to recover the self
You were before you lost your way
And draw from its depths
Some balm to heal your wounds.

Behind the harsh rhythms of prison life,
May you find a friend you can talk to
And nurture the natural kindness
To become more free in your heart
And lighten the outer constraints.

May your eyes look up and find
The bright line of an inner horizon
That will ground and encourage you
For that distant day when your new feet
Will step out onto the pastures of freedom.
John O’Donohue

Over the past few years he has embodied much of the spirit of this poem. He has discovered a rich inner world where he could heal his wounds, where his compassion could awaken, where he could recover his lost self. He knows that no one can imprison his mind; he is now studying transpersonal psychology (as well as many other subjects) and wants to write a book on grief for prisoners. He embraces the simple moments of his day with a new appreciation: “I came in off the yard not long ago. I was the last one so I got extra time outside. I walked, taking in the fresh air, read some, also was deep in thought reflecting on life and different lessons that change us, making us stronger and wiser.” When I reflect on the transformation this man has accomplished, I am struck that he is free in a way that many people in the world are not. He is at peace with himself.
May all beings be happy, may all beings be peaceful, may all beings be free from suffering.

Posted by Alexandra at 5:13 PM No comments: